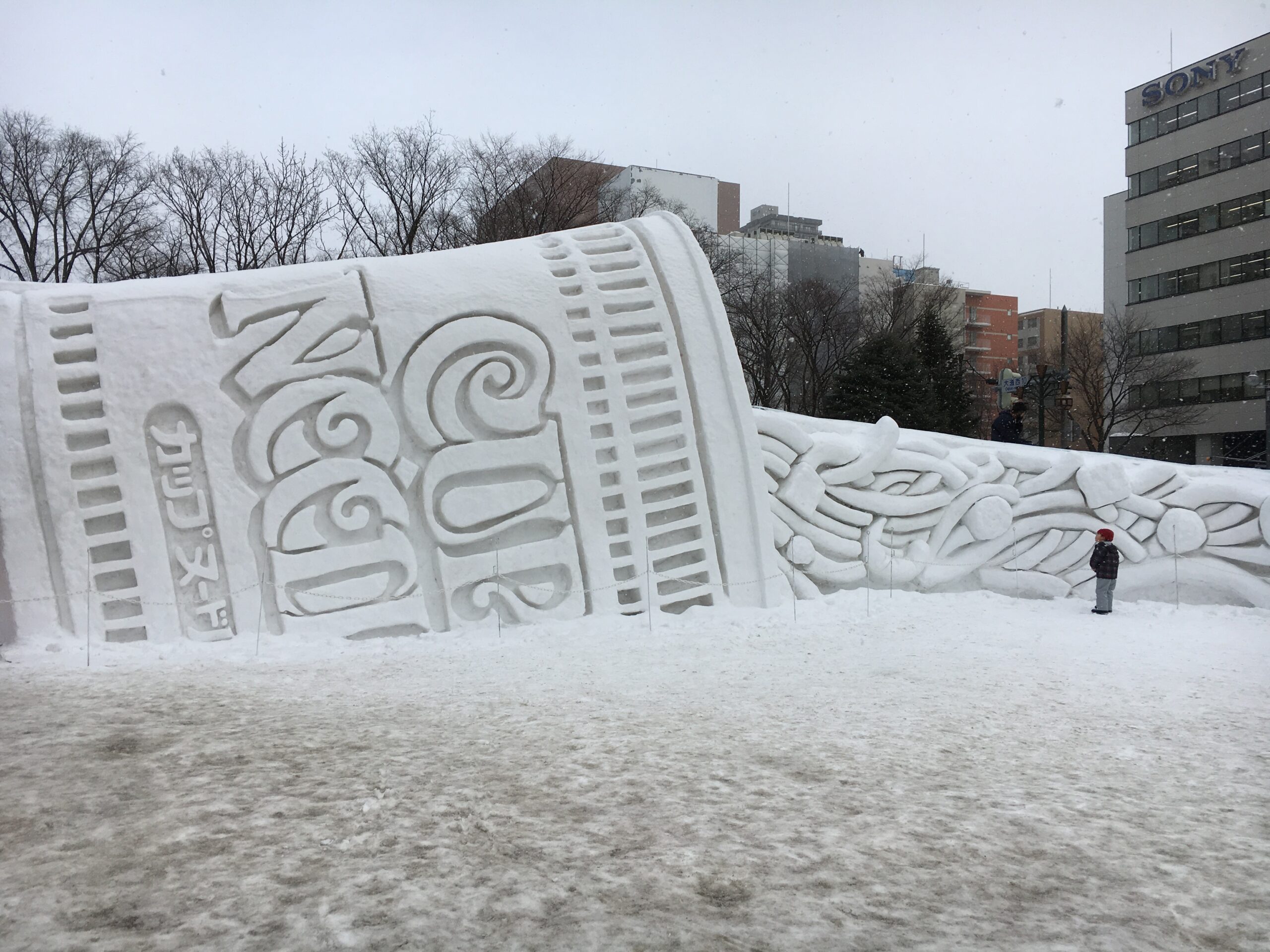 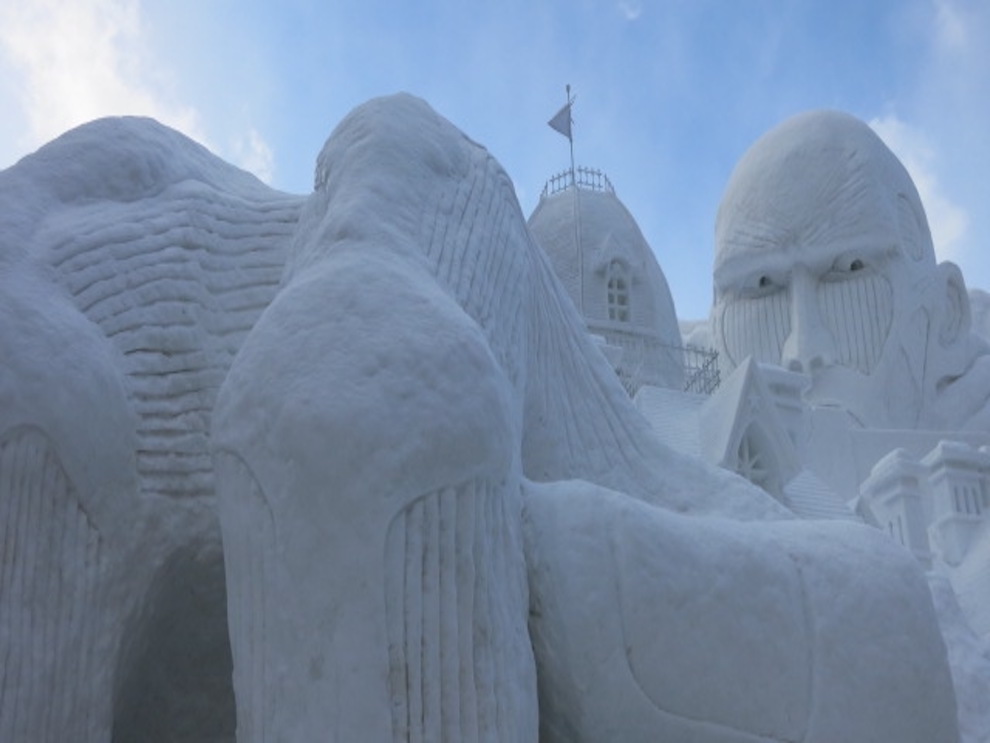 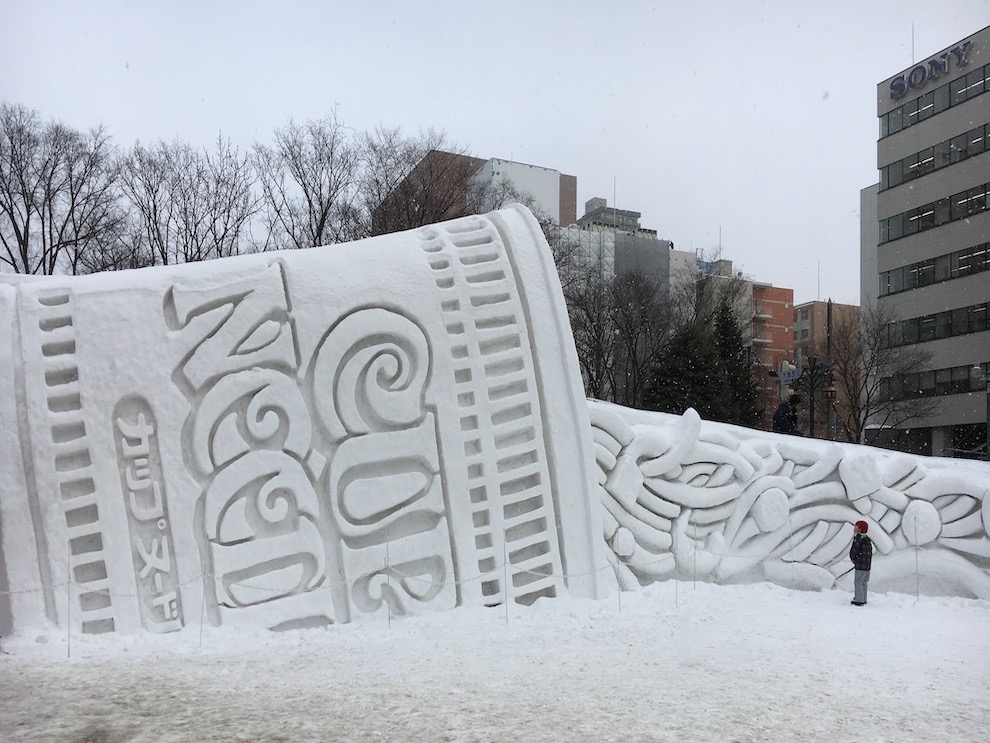 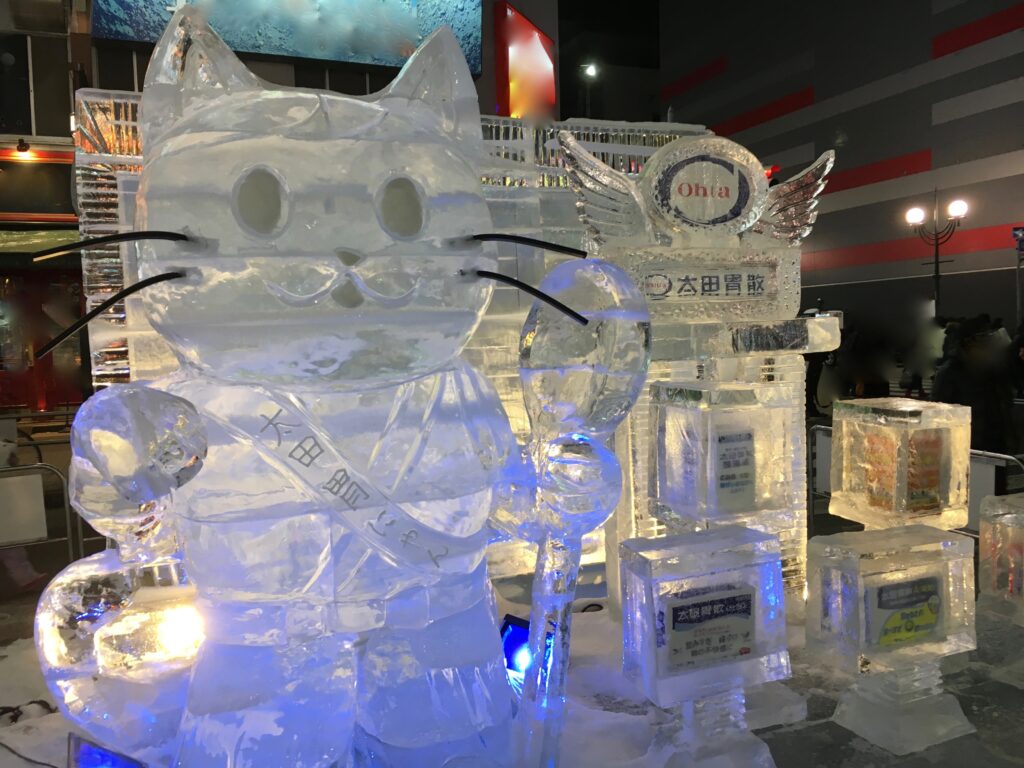 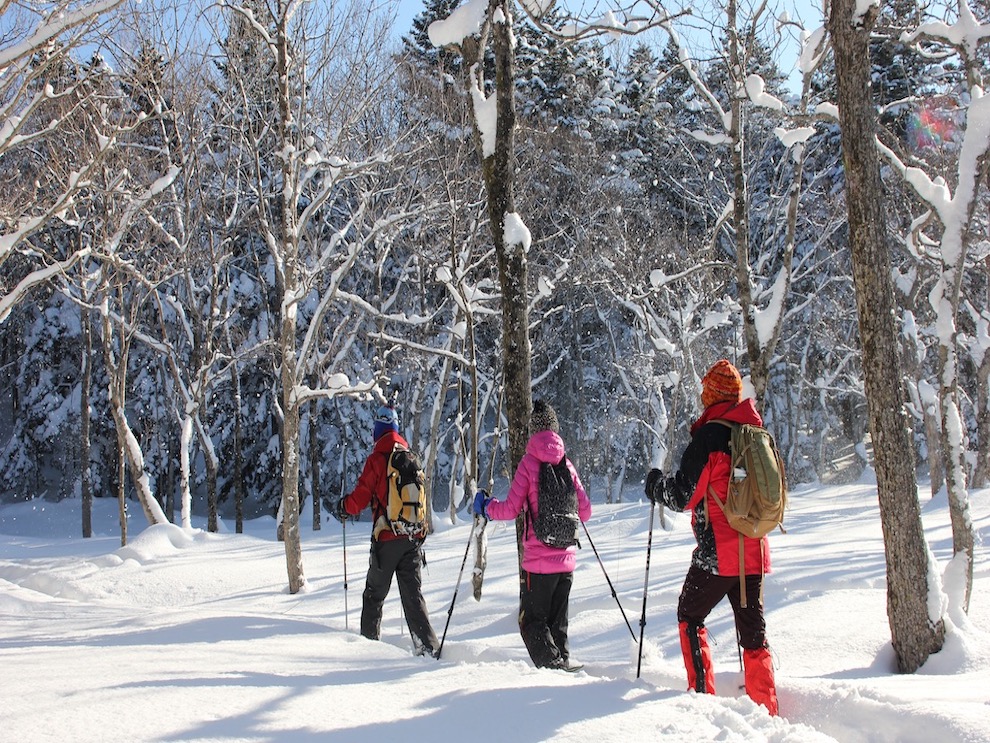 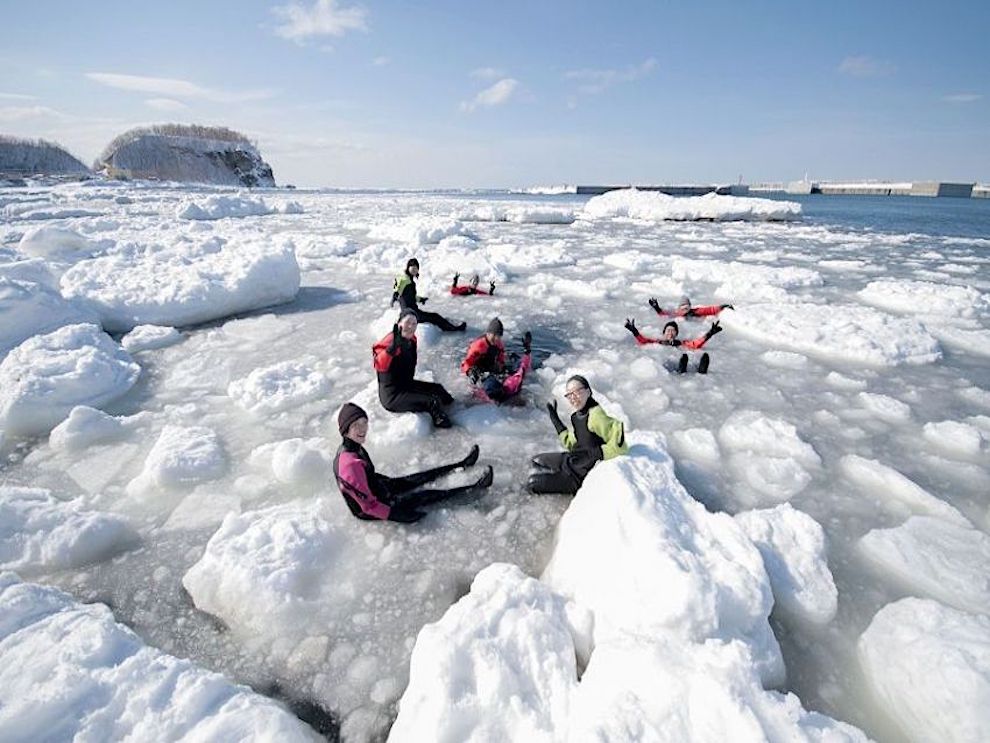 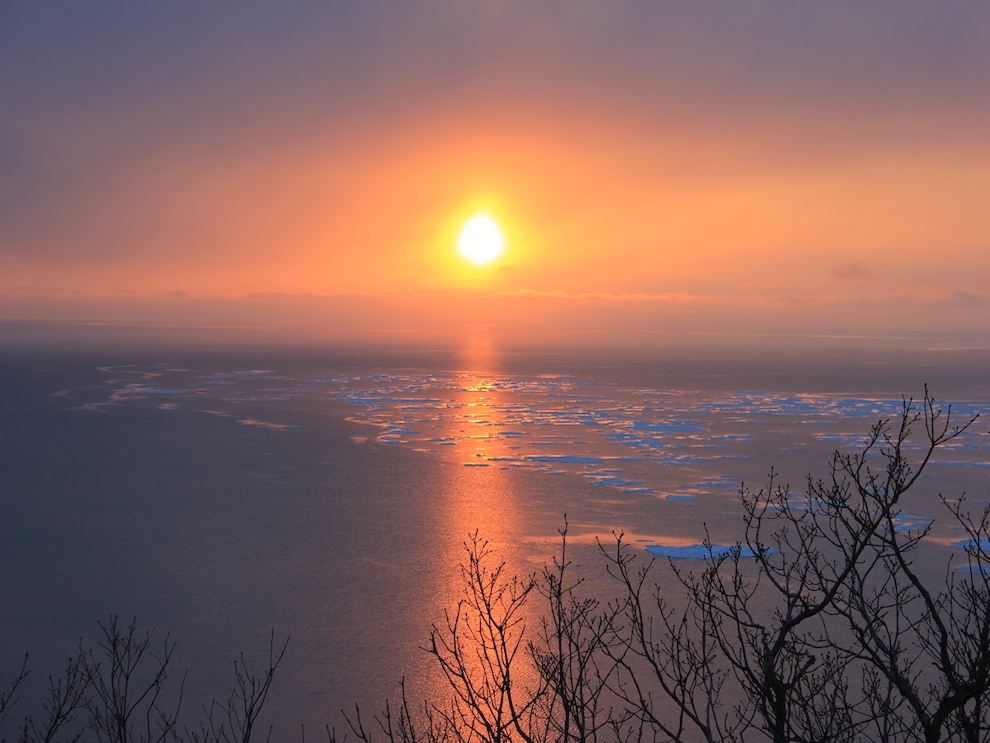 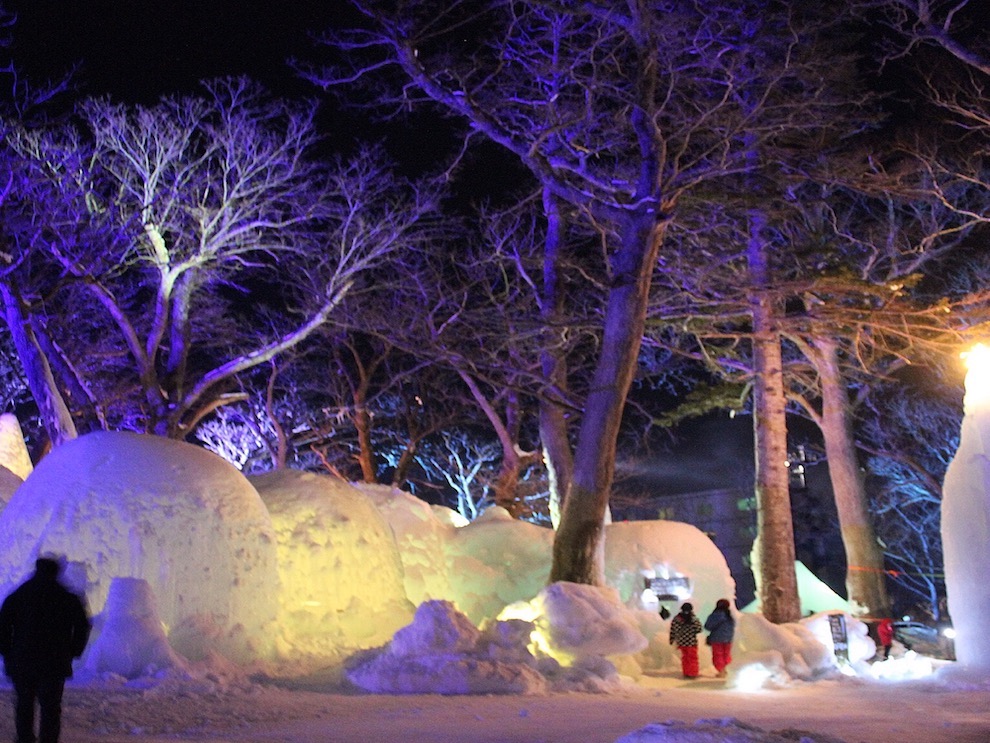 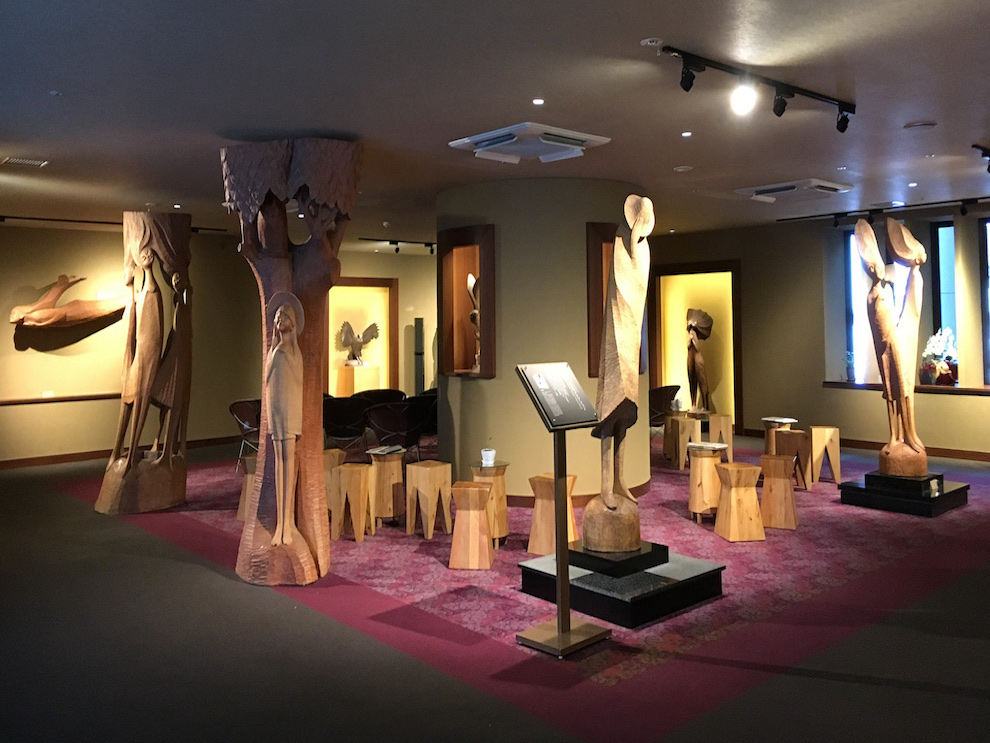 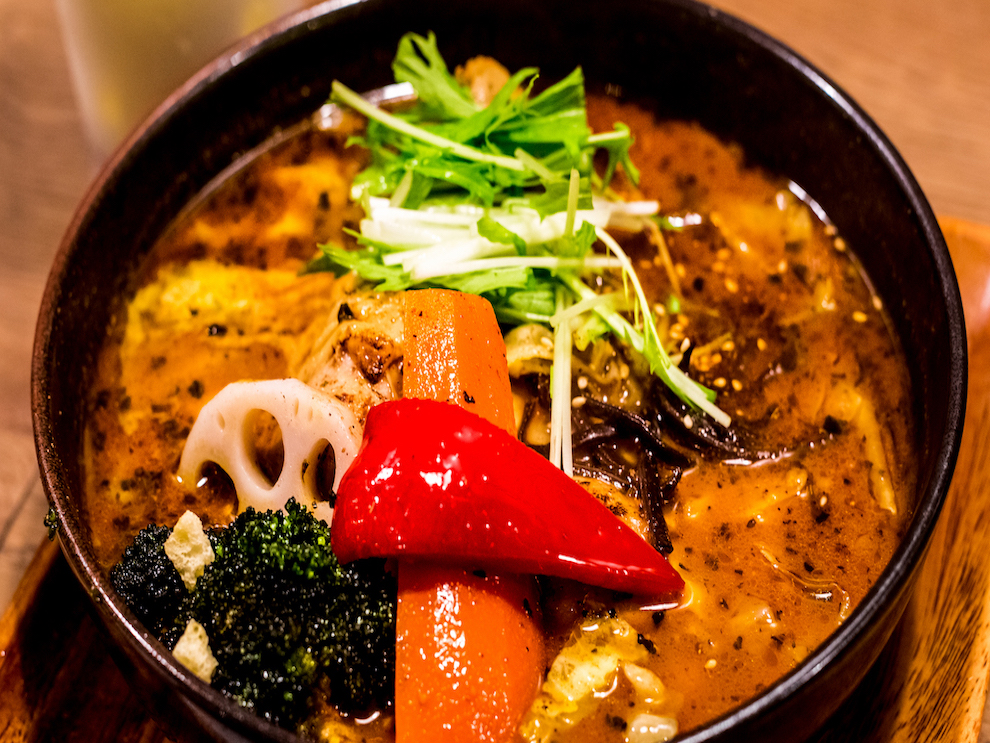 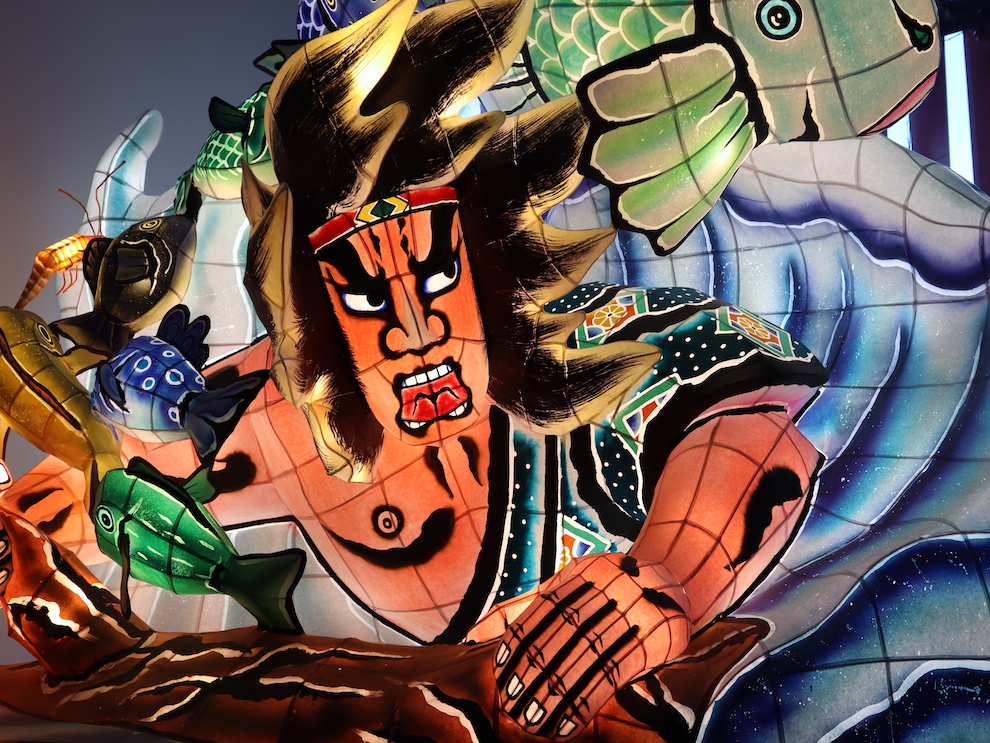 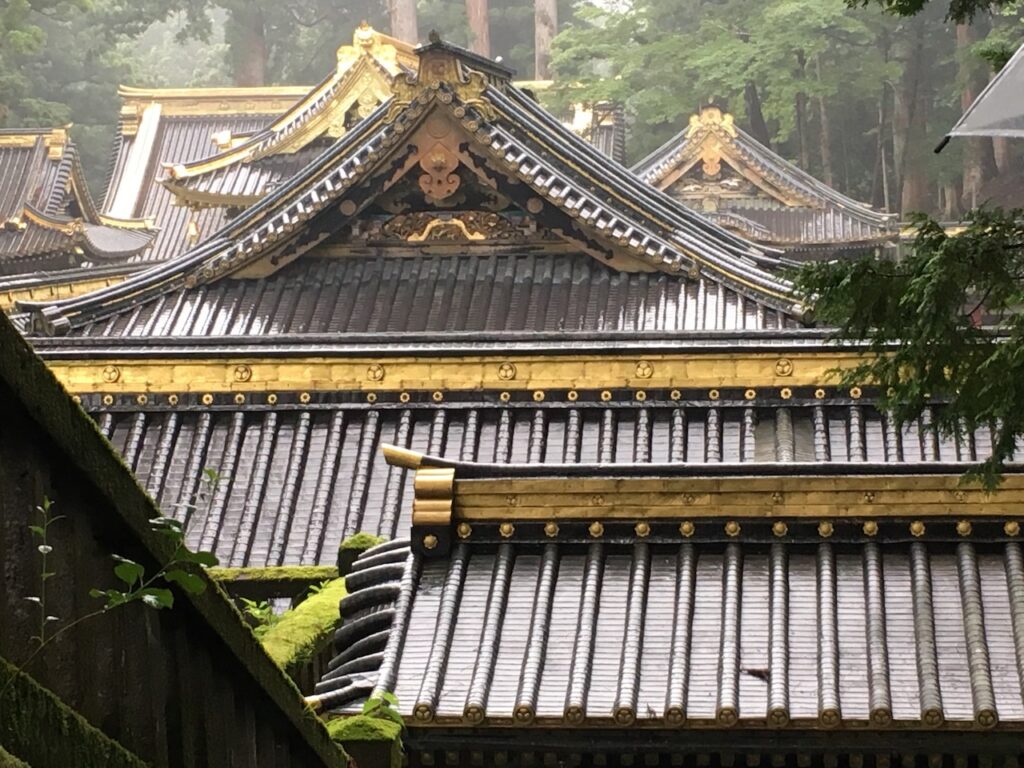 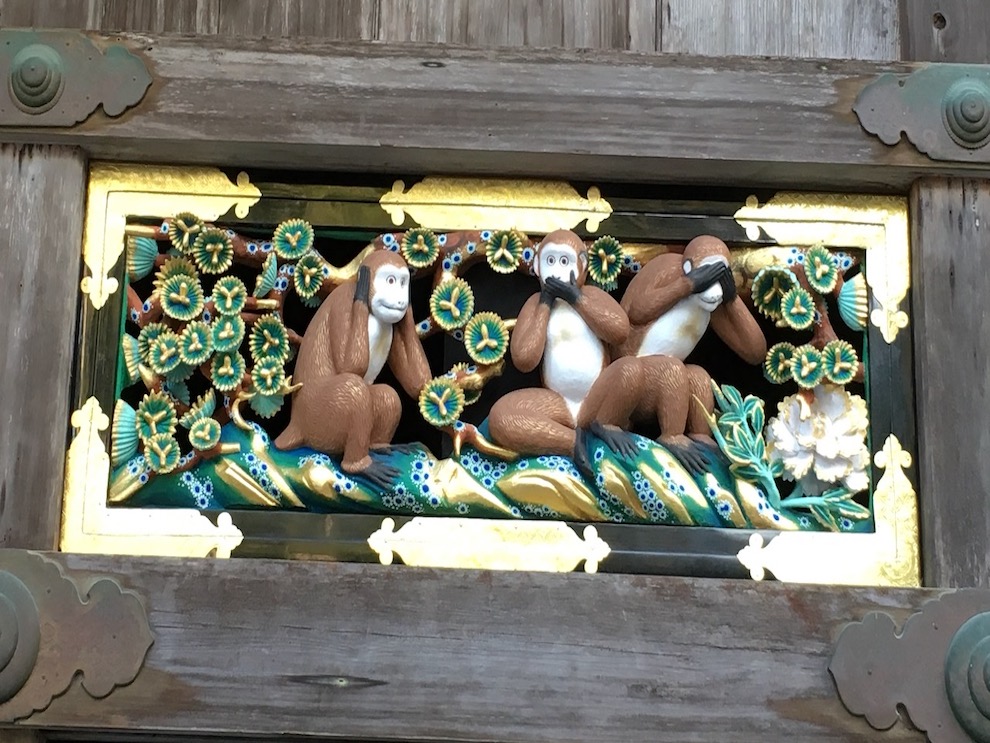 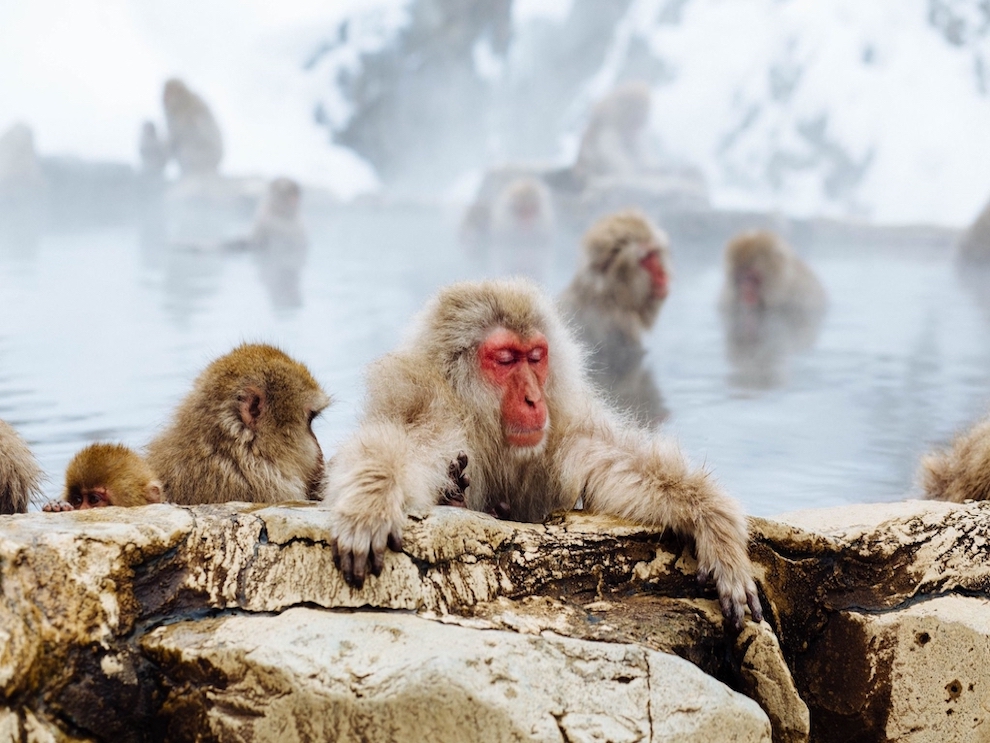 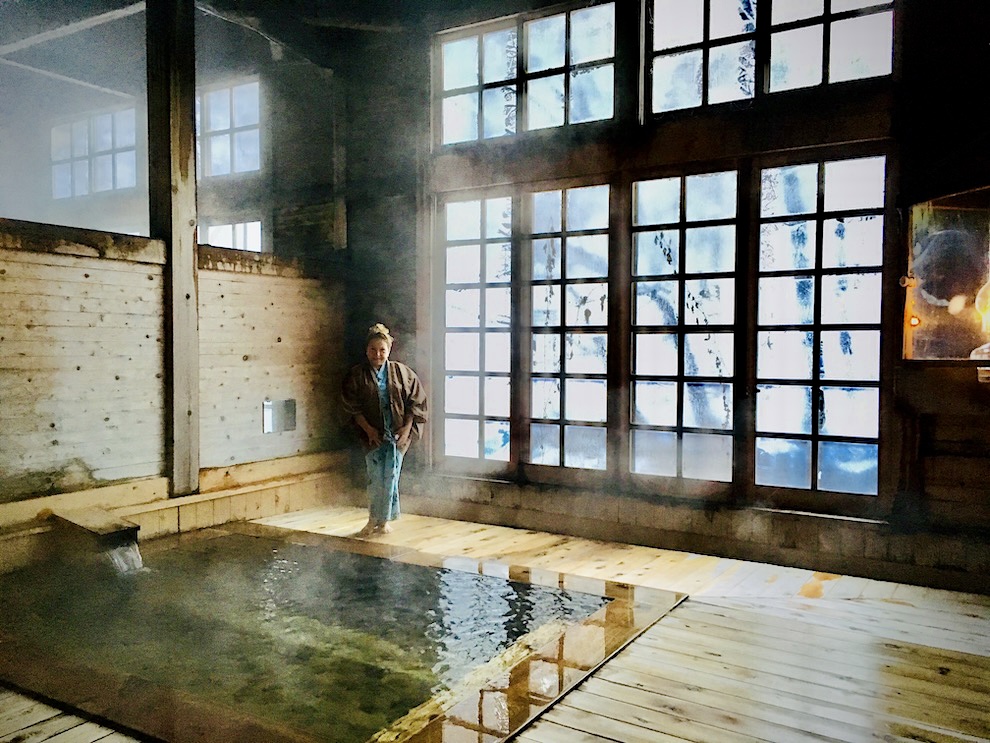 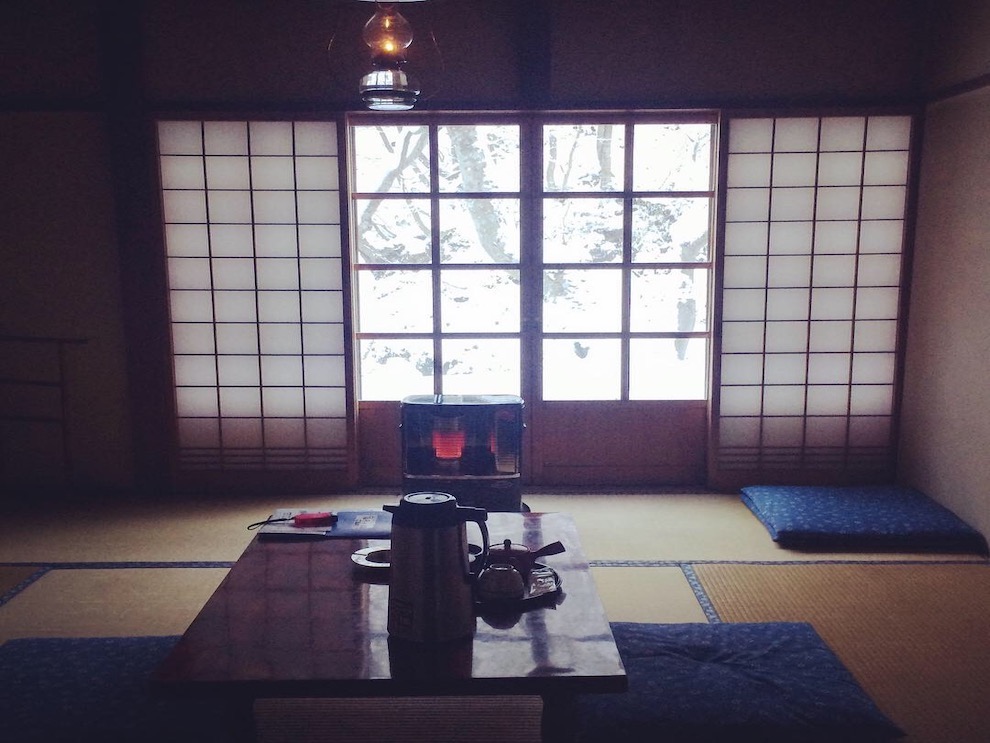 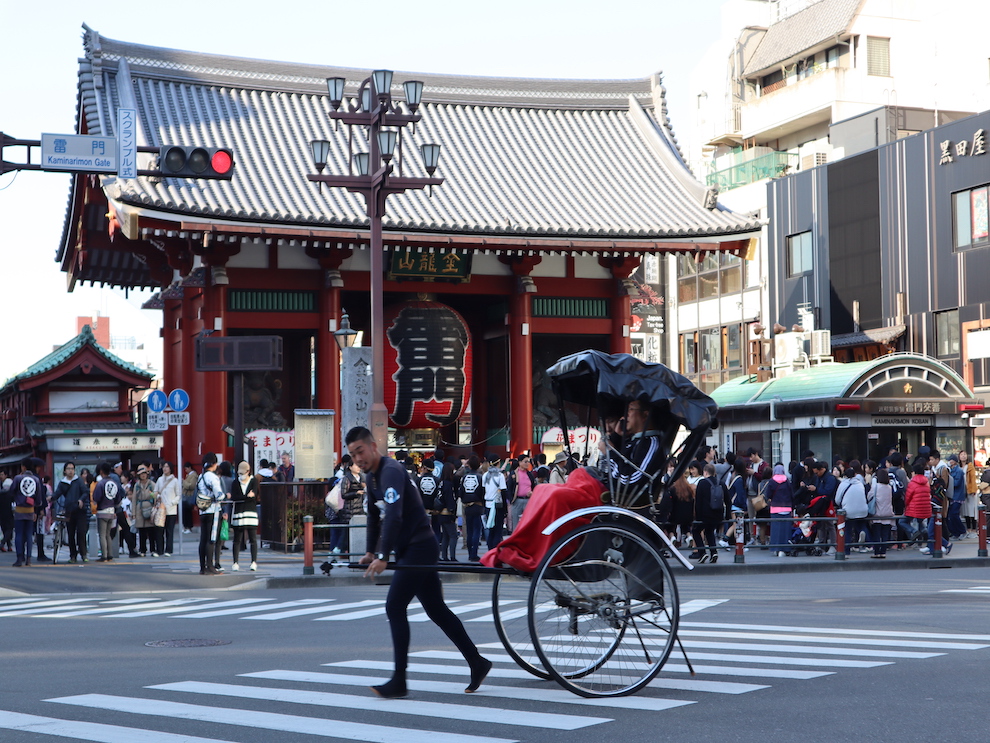 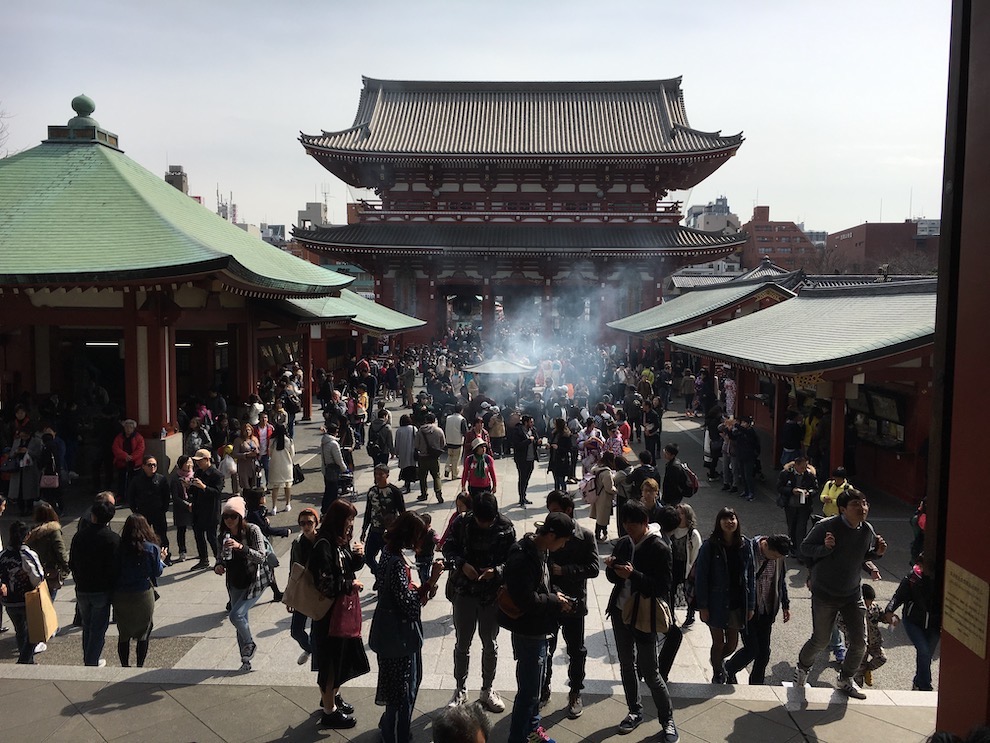 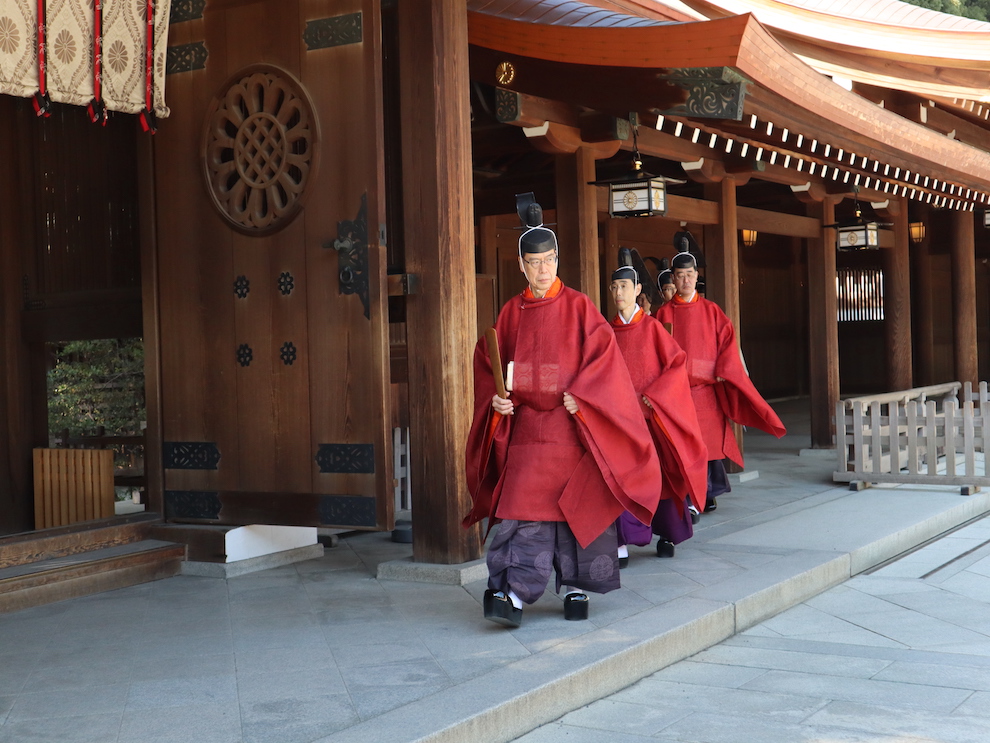 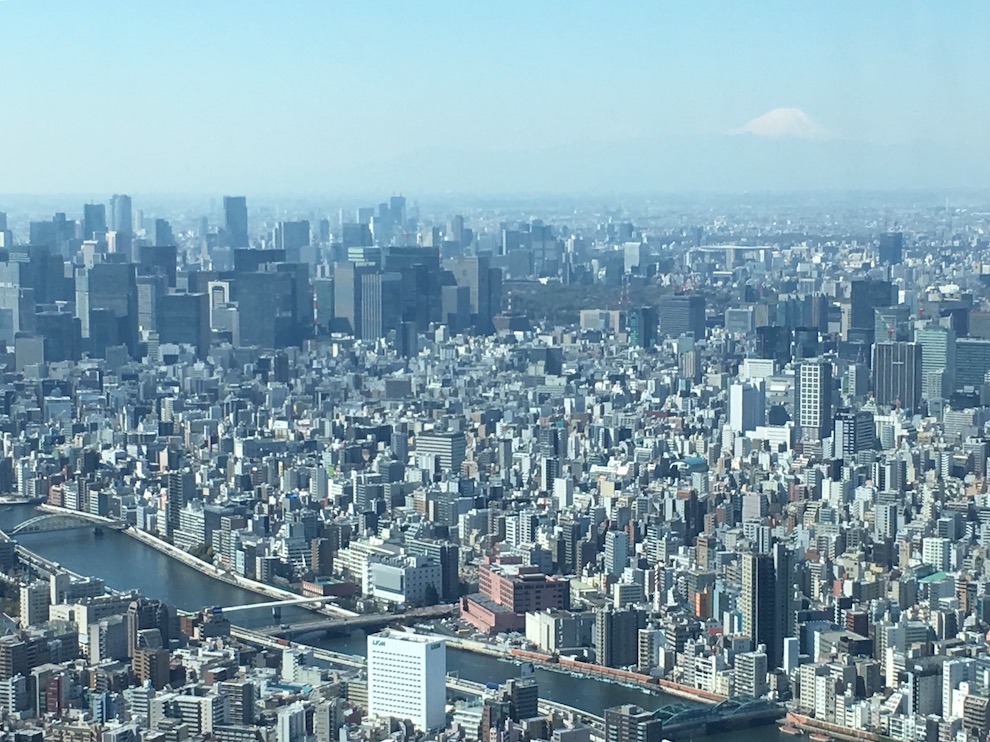 Dates and prices are subject to change.

Share this awesome tour with your family and friends. 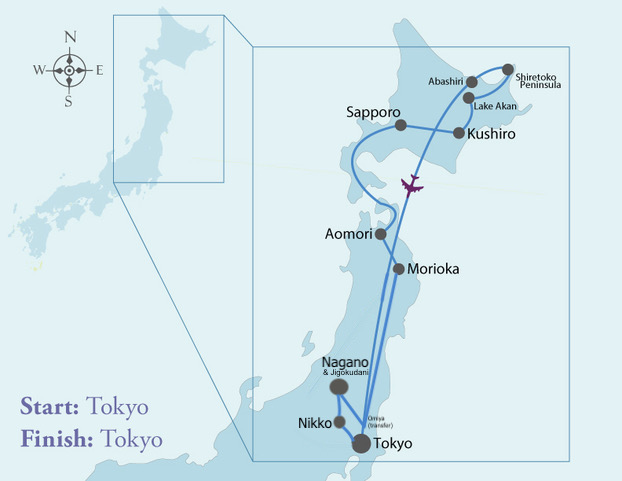 Start in Tokyo, one of the world’s most contemporary cities, and travel upward north to Japan’s winter wonderland. Japan has more than a few cities listed as the world’s snowiest. You will be surprised to learn how deeply snow is ingrained in Japanese culture. In the best that Japanese winters have to offer, Japan has one of the world’s most remarkable winter festivals with giant snow sculptures, winter sports, and lots of fun snow activities. From the gorgeous winter scenery, learning about Japanese heritage and culture, to staying in a Japanese inn with hot springs, the experience is unforgettable.

Highlights of this tour include a number of winter sports activities where you don some winter gear and play in the snow.  The tour includes a walk on snowy trials into Japan’s picturesque winter landscapes to watch the Japanese macaque (aka the snow monkeys) soak in hot spring water, the nearly-extinct Japanese red-crowned cranes dance, and other wildlife animals, birds, and fishes making appearances in the parks you visit. The tour includes snowshoeing through the Shiretoko Peninsula, a UNESCO world heritage site where wildlife of the deer, foxes, and eagles make appearances. The park is special and it is close to the public during the summer for conservancy reasons. It reopens only during winter when snow covers the ground.  A limited number of people may enter the park per winter day.  More exciting, we dare you to walk on ice floes at the Okhotsk Sea and if you have diving licenses, you may swim among the ice and search for a school of clionidae, known as glowing sea angels.

Also on the tour, you stop to visit quaint historical towns, Nikko, Nagano, and Aomori where you will see some Japanese Buddhist temples, shrines, and old merchant streets, join millions of people at the annual Sapporo Snow Festival, meet the Ainu, the native people of Japan at Lake Akan in Hokkaido and learn about their heritage and culture, and you go see an art gallery that exhibits amazing wood sculptures of Ainu culture by the late Masamitsu Takiguchi a well-known Deaf Japanese wood artist.

Furthermore, you dine on great northern foods and taste some of the region’s best-known beer and whiskey as you enjoy an adventure of natural, cultural, and artistic delights that celebrates the splendor of Japan’s far north.

Arrive and be escorted to your hotel in Tokyo. 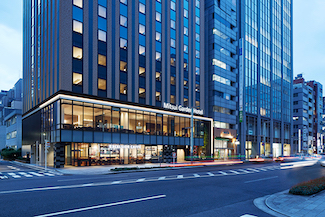 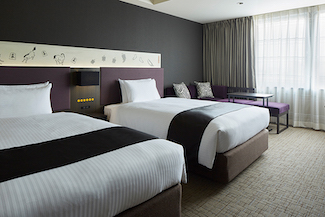 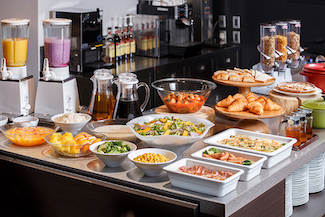 The hotel is situated near Tokyo station, one of the world’s major train terminals. “Mitsui Garden Hotel Kyobashi” opens in central Tokyo’s prosperous Kyobashi, the bridge between the traditional Edo atmosphere of the Nihonbashi area and the modern Tokyo atmosphere of Ginza. An ideal location for shopping or business needs. Our accommodating guestrooms offer a blend of Edo chic and playfulness. We invite you to bask in moments of serene harmony.

For breakfast, the hotel offers a Freshly made omelet, deli foods, salads, and desserts as well as a half-buffet. We source from selected producers, carefully choosing ingredients by place of origin and freshness. Please enjoy the variety that our daily, weekly and seasonal menus offer.

The guest lounge has a self-service coffee maker for coffee, tea, and green tea. Please relax while listening to seasonally suitable background music and enjoying the sights of Chuo-dori avenue.  Information from the hotel website.

Visit the Ryogoku district and watch the Sumo wrestlers practice, go up the Skytree for a view of greater Tokyo, tour Kappabashi, Japan’s kitchen town, and walk nearby to Asakusa for the Senso-ji Temple, Asakusa Shrine, and Nakamise-dori.

Check out of Tokyo and travel to Nikko to see Japan’s most lavishly decorated shrine and the mausoleum of the founder of the Tokugawa shogunate, and follow a pleasant trail at the Kanmangafuchi Abyss with many rows of Jiro statues.

Travel to Nagano, the site where the 1998 Winter Olympics was held and visit Japan’s most important temple, the Zenkoji Temple and search for a key in a tunnel under the temple, and stroll down a street that is lined up with traditional shops.

Follow a trail through a forest to see the Japanese macaques (aka snow monkeys) soak in a hot spring hole, explore the surrounding with a small village and culture center, and stop for a foot-bath at a nearby 1,300 years old hot spring resort.

Travel further up north with a stop at Morioka city for some fun lunch and then onwards to Aomori, dashing through the snow for your stay at the No Yado Aoni Onsen, the name translates itself as “Inn of Lamps”. This place is an old ryokan with hot many springs baths indoors and outdoors, and at night the inn is lightened beautifully up with oil lamps.

Check out and stop by Kuroishi, one of Japan’s best-preserved towns. After sightseeing, you travel to Aomori city for lunch at the Furukawa fish market where you create your own rice bowl with fresh foods. And also stop to visit the Nebuta Wa Rasee, with displays of the Nebuta floats. You arrive in Sapporo Hokkaido in the evening.

In the morning join many people from around the world to the Sapporo Snow Festival, admire the giant snow sculptures built on the Odori Park, go snow rafting, play snow games, walk a snow labyrinth with thick and high walls, and enjoy the many food stalls.

Take a morning express train to Asahikawa School for the Deaf, meet the students and teachers, visit the English class and join them for Japanese school lunch. Return back to Sapporo before dusk to watch the Susukino ice sculpture displays light up.

Travel to the Kushiro countryside to watch Japanese red-crowned cranes mingle with each other in their natural habitat. Check-in Lake Akan, a village where Ainu, the native people of Japan live. Join the local ice festival or watch a firework display above the frozen lake from the window of your hotel.

Go play in the snow, you may ski, ice skate, or ice fishing on the lake.  Also, visit the village’s workshops and walk through an art gallery that exhibits wood sculptures cut and chipped by the late Masamitsu Takiguchi, a respected Deaf wood artist.  In the afternoon you drive to Utoro.

Don some snowshoes and hike in the Shiretoko National Park, a UNESCO world heritage site for snowy landscapes, the five frozen lakes and waterfalls, and watch for wildlife. Also, dress in thermal suits for a walk on ice floes at the Okhotsk Sea. If you have diving licenses sign up for the optional tour to dive under the ice to search for some glowing sea angels.

Check out and drive to Abashiri where icebreaker ships dock.  You ride an icebreaker that slashes through the ice to pave a way for fishing boats, and while at sea you look wildlife of seals, whales, and puffins on the ice floes.  You may see other animals at the shoreline, too. In the afternoon, you fly back to Tokyo. In the evening you tour the Shibuya ward with the famous crosswalk and your sayonara dinner somewhere in the city.

It’s time to say, “sayonara”.  You will be transferred from your hotel to your airport either Narita or Haneda Airport.

It’s time to say, “sayonara”.  You will be transferred from your hotel to either Narita or Haneda Airport.

What is included and not included in the tour?

If you have a question about this tour, email us. We will get back to you ASAP. 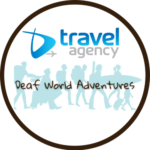 Thank you for your services.

Thank you for your services.